In the 20th anniversary year of Diana, Princess of Wales death, ‘Diana’ an orchestral concert with film backdrop, is set to make its UK debut at the Turner Sims Auditorium in Southampton. The music will be performed by Southampton University Symphony Orchestra, rightly regarded as one of the finest university orchestras in the UK. The non-profit performance in aid of BBC’s Children In Need and other youth music projects will take place on Saturday 11th November 2017 at 3 p.m.

Craig’s fiancée discovered Melanie’s art on the internet by chance, and realised that their two works, though from different genres, perfectly complemented each other. During 2016 they began working on a project to bring the two Diana tributes closer together in a live concert. Music and visual art are woven together in a transatlantic tapestry.

Visiting London in the immediate aftermath of Diana’s passing, Melanie begun her own unique and lasting tribute.

In Melanie’s words – “After the tragic events in Paris, the atmosphere in London was quiet and subdued. It was respectful despite the vast numbers of people gathered there. One image from that time will stay fixed in my mind for ever. A smartly dressed businessman with a tear in his eye carried a single red rose to the gates of Kensington Palace. I knew then that I would paint Diana, but little did I realise I would go on to paint her 101 times.”

Struck by the world’s most photographed woman’s constantly changing image, Melanie continued painting Diana in a variety of different guises. All the paintings are on wood, unconventionally framed as part of the art.

On the other side of the Atlantic, Craig’s Queen of Hearts music was also inspired as a tribute to Diana following her untimely death.

In Craig’s words – “On the summer evening of August 31st 1997, like the rest of the world I was shocked to hear that Diana, Princess of Wales had died in a devastating car crash after departing the Ritz Hotel, Paris. When I heard the news I was yachting through a hailstorm on the massive Lake of the Ozarks in mid-Missouri. Always close to a piano, I started thinking about the scenario that took Diana. I then decided to write a tribute to The Queen of Hearts.”

During 2017 Melanie has completed the film that will be shown with the live orchestra. Composer Craig Cervantes will also travel to the UK to attend the concert.

Tickets available from Turner Sims online or via the box office on 02380 595151 www.turnersims.co.uk 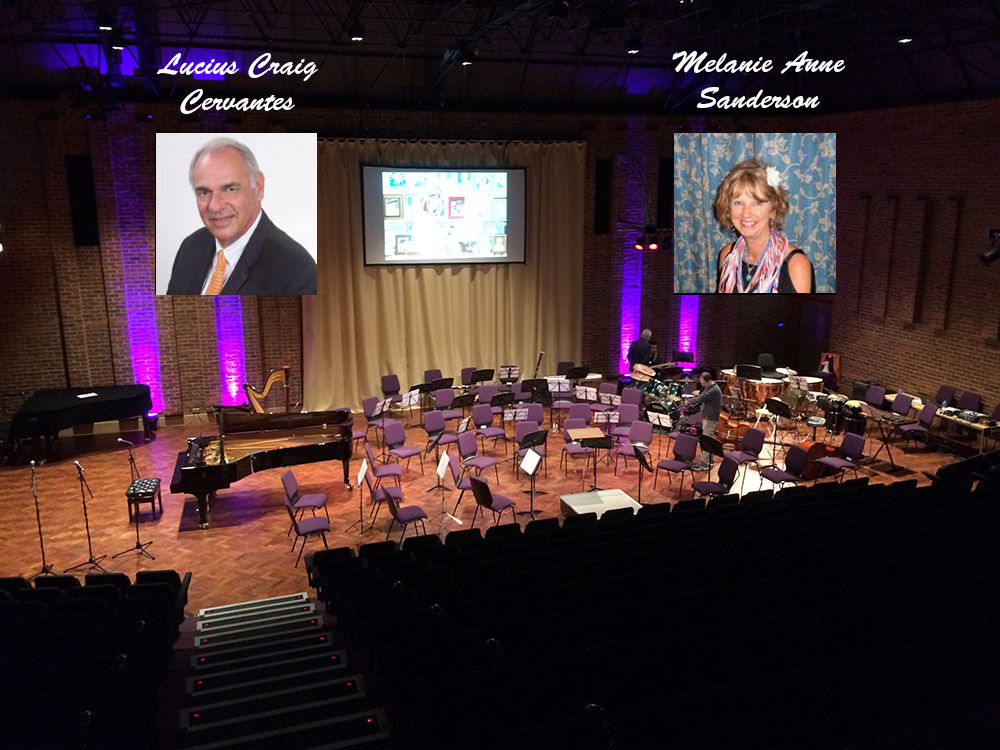 Composer Lucius Craig Cervantes is working with painter Melanie Anne Sanderson, an English artist who has created 101 Diana Portraits. The paintings are to be integrated with video used behind an orchestra performing Queen Of Hearts. 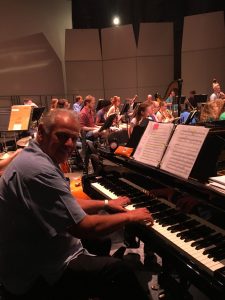 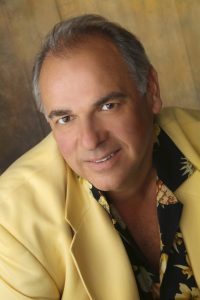 “Queen of Hearts” will be performed as part of the orchestra’s production at 7 p.m. at School of the Osage.

A special feature in Saturday’s concert, the orchestra will perform a selection composed by local resident Craig Cervantes with guest pianist and friend of Cervantes, Carol Schmidt, at the piano. The musical score, a tribute to the memory of Princess Diana of Wales, is titled “Queen of Hearts.” This music was recorded by the London Symphony in 2015.

The Missouri Symphony is coming from Columbia  to School of the Osage next Saturday night at 7:00 p.m., and it will be an exciting evening of wonderful music for all ages.

Bring the entire family, as the children will be invited to go on stage and direct the band.  Enjoy a fun evening and support these gifted musicians from all over the world.

Sponsored by our local Lake Arts Council.  Get tickets at CBOLO or at the door. 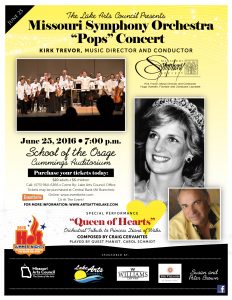 The Missouri Symphony Orchestra, directed by Maestro Kirk Trevor, will be in concert on Saturday, June 25, 7:00 p.m. in the Cummings Auditorium at the School of the Osage. The “Pops” concert, hosted by the Lake Arts Council will feature a special tribute to Princess Diana, which was written by local resident, Craig Cervantes, entitled “Queen of Hearts”. This composition first played and recorded in 2015 by the London Symphony Orchestra. Sponsors for the event are the Missouri Arts Council, The Villages Realty, Williams Law Firm and Peter and Susan Brown.

Tickets are $20 for adults and $5 for students and may be purchased at all Central Bank branch locations, on line thru EVENTBRITE and at the Lake Arts Council office by calling 573-964-6366.